Skip to content
Curiosity to learn and try new things is the new normal for students at Ilboru Primary School in the Arusha region of Northern Tanzania.  Taking theory into action, they came together trying to build SolarScope and Telescope based on locally available materials.

Inspired by the Eyes in the Sky astronomy podcast, they tried to build a device to enable them to safely observe the Sun as they do for the Moon at night and daytime. 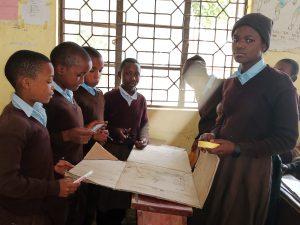 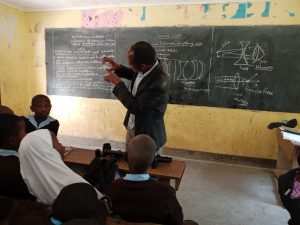 They were curious about the possibility to safely observe stars without damaging their eyes. But also wanted to know what they will observe if they are able to have a closer look at the Sun.

Knowing that lenses are made out of glass, other students tried to create their own telescope using layers of glasses. They were curious about how they could turn normal glasses into concave and convex lenses for a hand-made Telescope. 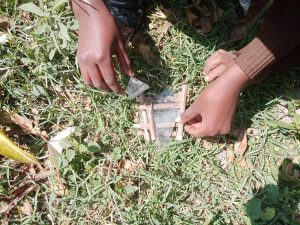 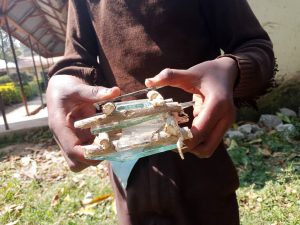 Just like what Galileo did, they wanted to use their handmade telescope to explore the universe, planets, stars, moon, and other objects not visible to the eyes.

Thonny Daniel and Shedrack Eliakimu are looking forward to designing an instrument that will help students to have a better understanding of their universe as it has been done by those who discovered Telescopes and other devices.

Schools nearby Mt. Meru Astronomical Observation are also benefiting from astronomy equipment. Students at Nshupu secondary schools had a first light pleasure to have a closer look at the Moon’s surface using a borrowed telescope from the MMAO.

Inspired by the students’ visit to MMAO and observation of the Moon’s surface, Mr. Mkwinda’s son asked his father to take him to the observatory for more exploration.