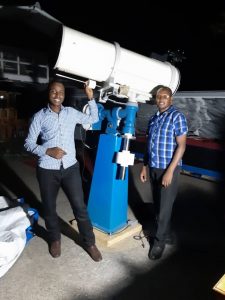 Born of Astronomers Without Borders and Telescopes to Tanzania, the Mt. Meru Astronomical Observatory (MMAO) is operated by the Organization for Science, Education, and Observatory (OSEO). It is located at the foot of 4,500 meter (15,000 foot) Mt. Meru, adjacent to the renowned Arusha National Park, Tanzania.

We welcome visitors from nearby schools, across Tanzania, and from around the world. So if you are visiting Tanzania for the first time, or live just next door, please contact us. 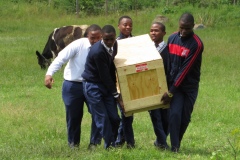 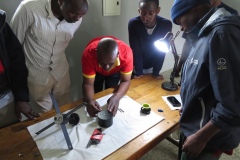 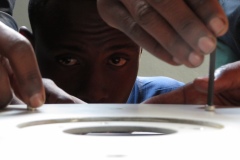 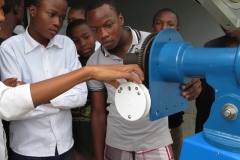 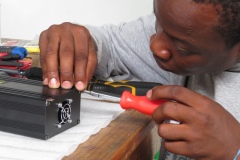 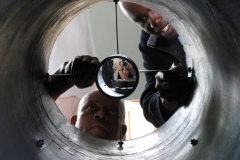 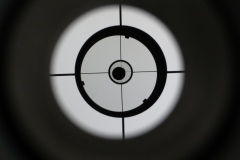 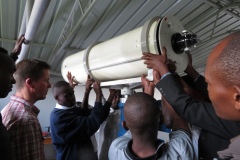 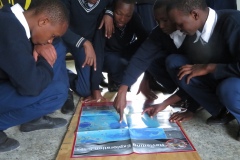 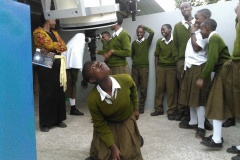 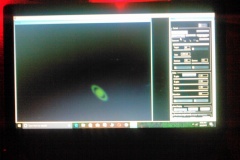 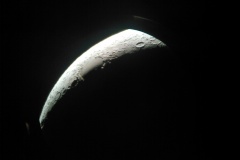 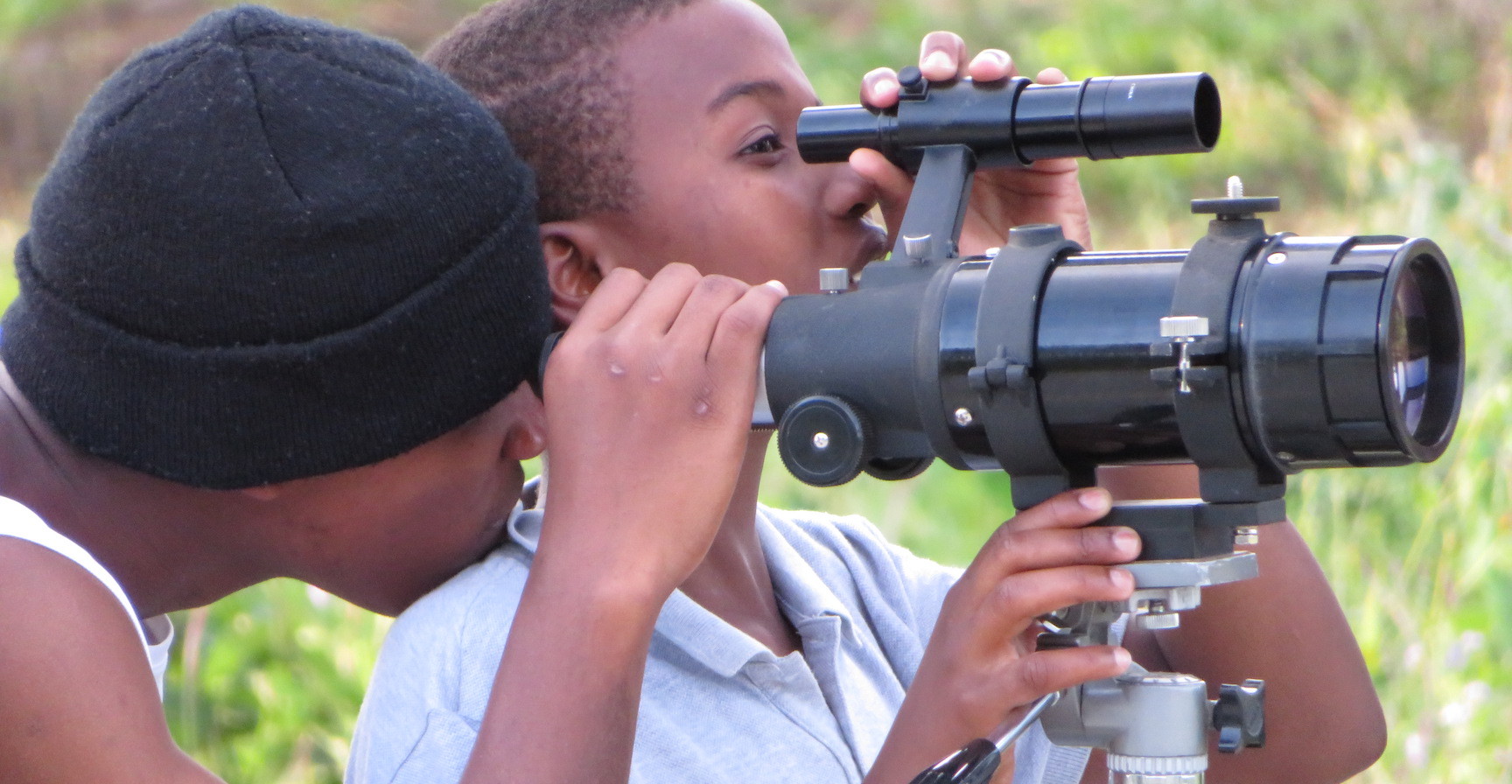 Within the walls of this observatory, and in all the work we do under a shared, dark sky, we hold these principals to be paramount and true.

1) This is a place for exploring, engaging, and learning.

2) We observe the cosmos as a unified people.

3) We apply the scientific method: observe, hypothesize and predict test and conclude as a means to seek and share knowledge.

4) We strive to inspire all ages, genders, and any background to ask questions and seek answers together.

5) This is a place for discussion without criticism for the questions asked, nor punishment for answers profound. 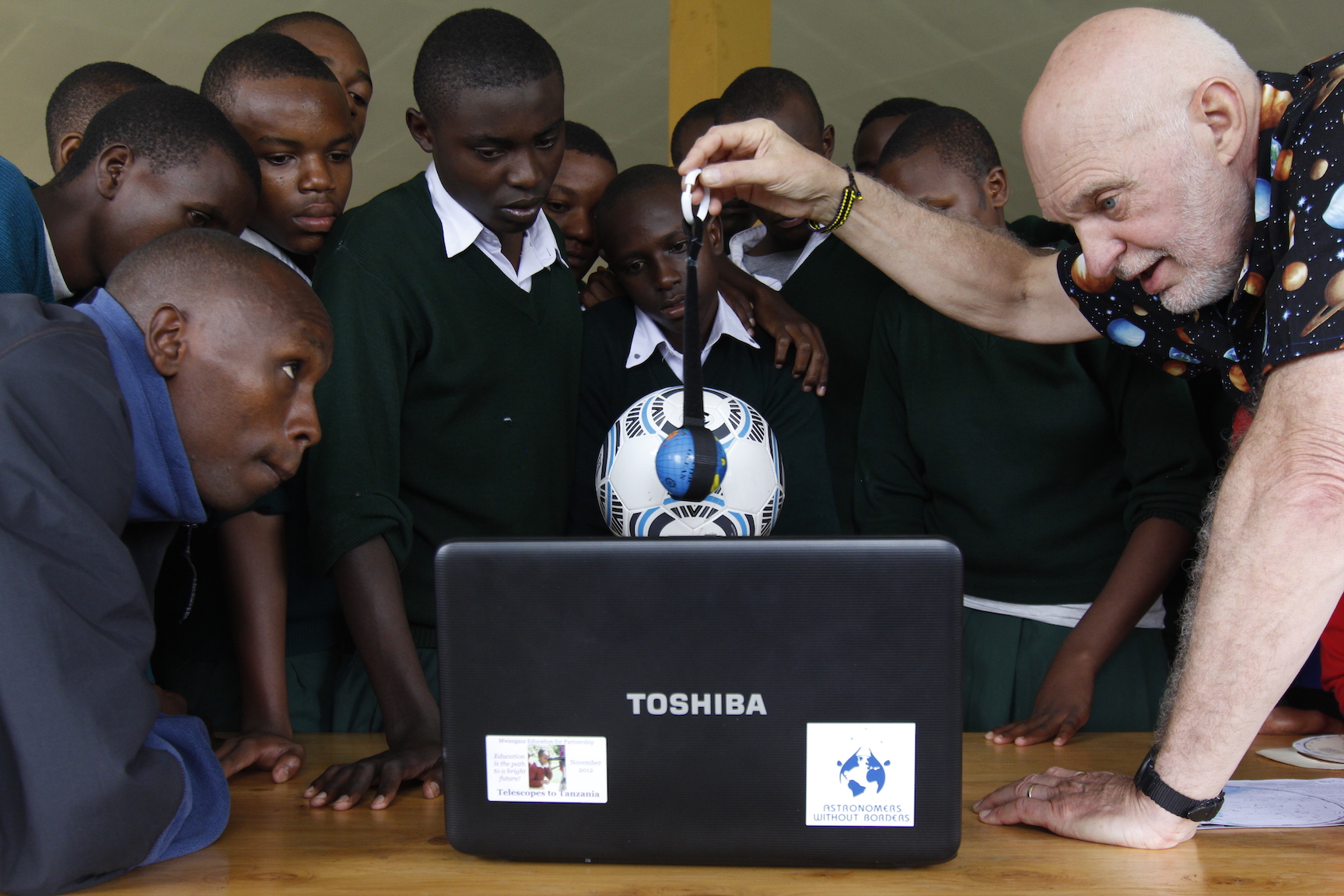 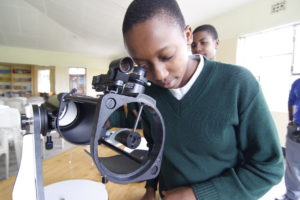 In the summer of 2010 Sue and Chuck Ruehle traveled from Wisconsin to Northern Tanzania, and brought with them three 50mm Galileoscopes. Traveling and living between six and eight thousand feet they stayed in the villages of Mulala, Kilinga, and Kyuta. From this location on the side of Mt. Meru (4,566 meters) they enjoyed viewing the dark skies, they also visited Ngarenanyuki and Songoro secondary schools, sharing their passion for astronomy.

These two schools and the Mulala community each received a telescope and tripod, two modern eyepieces, and other astronomy materials. Instructional sessions ranged from a brief equipment overview, to introductory training, and an evening viewing session. They were able to show teachers how to use these instruments when instructing the students about astronomy and optics, and sharing the Southern night sky with children and adults in their communities. 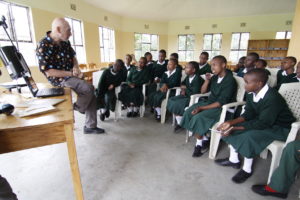 In October 2011 Chuck returned to Tanzania for a month to work with five Secondary and three Primary schools. On that visit he met Eilneema Nassary, a history teacher at the school who was so excited about astronomy he founded a Science Club for students after participating in the workshop.

On that visit Chuck worked with about 80 teachers, staff, and community members, and more than 500 students. The total number of teachers and staff at the eight schools was more than 150, with more than 3,500 students. 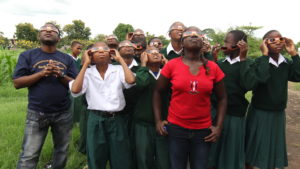 In 2013 Kai Staats was traveling through Africa while working on a film about astronomy. He met Chuck and Mponda in Usa River. Kai became involved in the project, assisting with the fund raising in 2014 and returning in 2015 to design an observatory to house the 12″ Cave-Cassegrain telescope, initially refurbished by the Racine Astronomy Club.

Telescopes to Tanzania suffered a major setback with the passing of Chuck mid 2016. At this point, Kai took leadership of the project, working with Sue, Mponda, AWB, and the board of directors for the newly formed, Tanzanian Organization for Science, Education, and Observatory. Kai’s high school physics professor Dan Heim came onboard mid-2018 to guide the reconstruction of the gear box and motors for the telescope.

About OSEO
The Organization for Science, Education, and Observatory (OSEO) in Meru District, Tanzania is the governing body and operator of the Mt. Meru Astronomical Observatory. OSEO has since 2014 its formation in 2014 worked with Telescopes to Tanzania, a project of Astronomers Without Borders, to develop, construct, and manage the physical observatory and now its operational telescopes and educational facilities.

Vision and Mission
The Organization for science education and Observatory envisions a society where science and technology is ingrained in the attitudes of its people and their development.

The Organization for Science Education and Observatory is an NGO which aims to develop and attract Tanzanians interest, curiosity and love for science as one of the basic tools for technology driven development.

Objectives
The main objective of the Organization for Science Education and Observatory is to promote the love of science education and astronomy among as many teachers and students as possible in Tanzania.

Ailanga Secondary School is a boys and girls boarding school in the Imbaseni Ward, Meru Diocese of the Evangelical Lutheran Church of Tanzania. The northern boundary of the school property is the southern boundary of the Arusha National Park, a truly beautiful setting for an astronomical observatory. With no development possible to the north, and only the small, quiet village of Meru around, elephants and amateur astronomers together enjoy dark, equatorial night skies.

Under the direction of Pastor Emanuel Majola, headmaster for Ailanga, the school is the gracious host of the OSEO office and Mt. Meru Astronomical Observatory.

UNAWE Tanzania
UNAWE-Tanzania is a branch of Universe Awareness (UNAWE), an international project which expose very young children in under-privileged environments on the scale and beauty of the universe. It illustrates the multicultural origins of modern astronomy in an effort to broaden children’s minds, awaken their curiosity in science and stimulate global citizenship and tolerance. It uses the sky and children’s natural fascination as a ground to create an international awareness of our place in the universe and our place on Earth.

The mission is to further the use of astronomy as a tool for development by mobilizing the human and financial resources necessary to realize the field’s scientific, technological and cultural benefits to society. This is primarily implemented through funding and coordinating projects that use Astronomy as a tool to address issues related to sustainable development. Since 2013, more than 140 projects have been funded through the annual Call for Proposals.