Yesterday afternoon I reinstalled Windows on the observatory laptop, as we had issues with a virus. It is working much better now. I also re-installed the Orion CCD camera software, then attached the camera to the Celestron spotting telescope for a test run. It is the first time we have been successful in getting quality images.

[The same night] we opened the observatory and we were able to observe the Moon, again testing our CCD camera. I was able to capture some decent images. Thereafter [we] hosted movie night with my students on the COSMOS series, with a reading session in our library. We enjoyed a good conversation about the Episode 6 story, especially [on] the issue of the photosynthesis process, and how it is important to our life on earth. The students [expressed] concern for the “Tardigrade” and its high survival rate, ability to live anywhere in any environment. The questions were How is that possible? How did it survive all five mass extinctions on Earth? This make them to be [a] very special species, among all living things ever existed in the universe.

Other topics of interest were the supernova explosions and the law of conservation of energy. In the students’ physics classes, they study only the theory, so they were so surprised to see the way Tyson bet his nose, just letting the hanging stone/ball go and swing back without hitting his face! Then, they could see that the law of conservation of energy and other scientific laws are real! 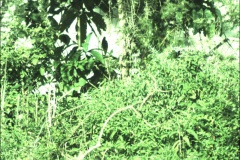 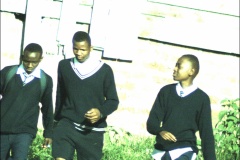 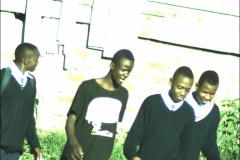 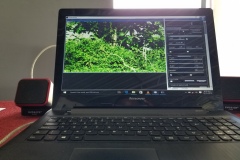 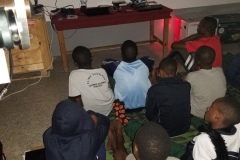